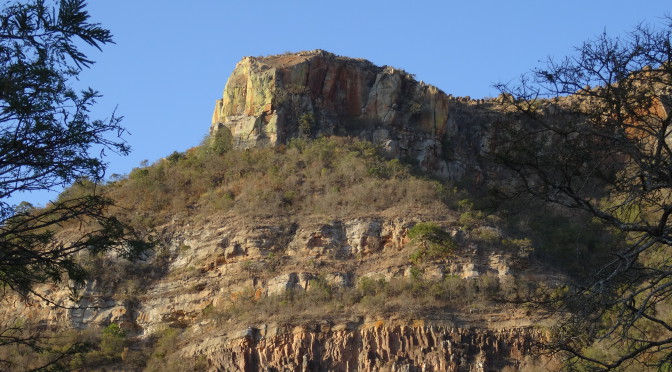 REASONS TO BE POSITIVE ABOUT SOUTH AFRICA – Updated for 2016

Remember 1986 – A state of emergency was declared, white men did two years compulsory military service, 641 840 black people were removed from “white areas”, 3 989 people were detained without trial, our economic growth rate was 0.7% and 64 countries had sports boycotts against SA… BUT NOW:

“South Africa is probably the leading economy in the world,” says Dr Martyn Davies, chief executive of Frontier Advisory. “No other country of our size and economic ranking has produced as many globally successful Fortune 500 companies as we have.”

South Africa ranks third worldwide in terms of the transparency surrounding its budgets – just behind New Zealand and Sweden and far ahead of the United Kingdom and the United States – according to the Open Budget Index.

Cape Town has the fifth-best blue sky in the world according to the UK’s National Physical Laboratory. South Africa houses one of the five largest telescopes in the world at Sutherland in the Karoo.

South African Breweries is the 2nd largest brewer in the world and has a brewing presence in more than 40 countries. SA also ranks 18th in terms of beer consumption (China 1; USA 2; Russia 3; Brazil 4 and Germany 5).

The Kruger National Park has the most innovative management of a national park anywhere in the world – and is the world’s most profitable game park. The Cape Peninsula contains more species of plants per hectare than any other area of the world.

South Africa is the only African country that is a member of the G20 and ranks 4th overall on the 2012 Ibrahim Index which measures the quality of African governance, Mauritius, Cape Verde and Botswana took the first three places out of 52. Nigeria was ranked 39. “Personal satisfaction” with the SA’s democracy rose from 49% in 2008 to 60% in 2011.

South Africa has 11 official, state wide, languages, more than any other country

1st in Platinum output, 2nd in Palladium output, 6th in Gold output and 7th in Coal output, SA is ranked 2nd out of 183 countries for good practice in protecting both borrowers and lenders when obtaining credit for business. South Africa ranked 6th in house price improvement indices as a % change in 2009, and 1st as a % change 1999/2009.

South Africa ranks 4th out of 45 countries in the “Big Mac Index 2012”. A Big Mac would set you back double in Australia what it will here, and more than triple in Switzerland.

Cape Town was named the top tourist destination in the world in the 2016 Traveler’s Choice Destinations awards.

South Africa ranks 24th out of 192 countries in the Economist’s “Largest Gold Reserves” Index. It ranks 32nd out of 165 countries in terms of the size of its US$ reserves, ahead of Australia, Sweden and Chile. The USA ranks 17th, the UK 23rd, China is ranked 1st.

South Africa ranks in the top 20 countries for agricultural output, first for regulation of securities exchanges, second in availability of financial services and second in the soundness of its banks.

The only street in the world to house 2 Nobel Peace Prize winners is in Soweto. Nelson Mandela and Archbishop Desmond Tutu both have houses in Vilakazi Street, Orlando West. SA ranks 7th in terms of number of Nobel Peace prizes

South Africa is ranked among the top 5 countries in the world in respect of tourism growth (growing at 3 times the global average). Table Mountain was inaugurated as one of the New 7 Wonders of Nature in 2012. South Africa was the first African country to host the FIFA Soccer World Cup in 2010. It is only the second country in the world to have hosted the Cricket, Rugby Union and Soccer World Cups.

The University of South Africa (UNISA) is a pioneer of tertiary distance education and is the largest correspondence university in the world with approximately 300,000 students.

“I’ve got four children and ten grandchildren and we are all staying right here” – Raymond Ackerman, CEO Pick ‘n Pay.